How Much Do Meteorologists Make? Profession
by Leave a Comment on How Much Do Meteorologists Make? 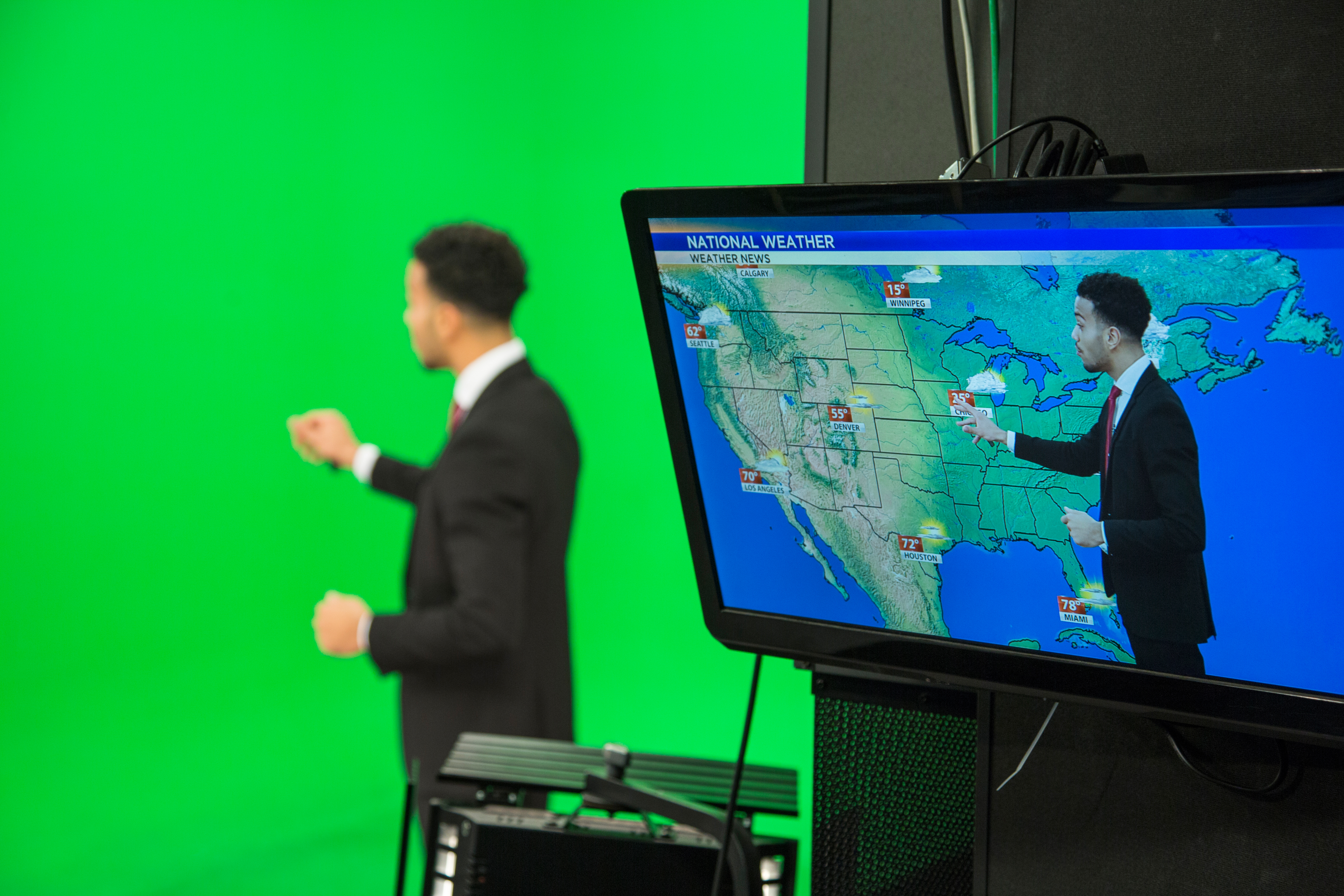 Weather demonstrations are among the most popular choices for middle school science fair exhibits. You might have made an anemometer out of string and then measured the wind speed at different corners of your house. Or, you may have shown how warm and cold air fronts affect weather when they collide. Whatever it was, if you enjoyed it, you may have considered a career as a weather forecaster. Have you ever wondered how much meteorologists make?

Meteorology is one of the atmospheric sciences, which is the study of the earth’s atmosphere. Other sciences within this branch are climatology, atmospheric physics, and atmospheric chemistry.

In meteorology, the atmosphere is observed and analyzed so that they may be explained, recorded, and in the case of a weather forecast, predicted with some reliability.

The most visible meteorologists are the ones bringing the daily forecast to our televisions, radios, and smartphones , but there are many other kinds of work a meteorologist might do that we rarely, if ever, see.

One of the most important weather forecasts ever given came from Captain James Stagg on June 4, 1944. As Supreme Commander Allied Expeditionary Force, U. S. General Dwight D. Eisenhower had chosen June 5 as the date of the invasion. This was one of only a few dates in a narrow window that the D-Day invasion could be launched  because Operation Overlord required a full moon. Amphibious landing forces had to be able to potential obstacles on the beach, and gliders needed to see the ground to find a place to land, as did troops parachuting to the ground.

The English Channel our forces had to travel to get to Normandy, France, is known for its unreliable weather conditions. Predicting its future atmospheric conditions is extremely difficult. Allied forecasters were divided, with many of them predicting that the storm front would be deflected from the landing target.

As Chief Meteorologist of Operation Overlord, Stagg had to make the call. Being a British meteorologist with knowledge of the Channel’s ways, he warned off Eisenhower’s chosen date because his model showed that the storm would not be detoured. He predicted strong winds that would cause huge waves on June 5, 1944.

Huge waves would be a problem because the huge crafts bringing the troops to the beaches of Normandy could easily capsize. These floating bases were carrying huge numbers of soldiers along with their weapons and other equipment, including an entire tank force.

With the bad news came good news. There would be a break in the storm on June 6, 1944, just long enough for the landing to take place. It would not be a walk in the park, but it would be far better than any other day in the full moon window.

Nazi troops were caught by surprise. Their weather models were less advanced, so they were not aware of the conditions Stagg had been observing from Norway. There was no expectation at all on the part of the Nazis that an invasion could possibly be attempted, so their guard was let down just enough for the Allied troops to gain an advantage.

There was still an enormous number of casualties, but far less than the general had expected and far, far fewer than there would have been had Operation Overlord not had the best forecasting techniques and forecasters available at the time.

We can certainly say that a weather forecaster had a major role in saving the free world, and military meteorologists continue to do it today although usually in a far less dramatic fashion.

There are less critical jobs for a meteorology major to pursue besides the rigors of the military while still veering off usual weather guy or gal track: Professional sports and airports.

On a brighter note, professional sports rely upon weather forecasters to advise them on game conditions. How we will the field be? What about the temperature on the field, or the humidity? All of this can have an impact on both the players and the equipment used, like a potentially more slippery football.

Golf courses often have their very own forecaster to predict conditions on each and every hole on the course. Game officials use this information to determine where to place the tees and holes on each green. These decisions can have a major impact on the game.

As you might imagine, airports employ their own weather staff. It’s not only during bad weather that their input is needed. When skies are clear, there are still factors like air pressure, wind speed and direction, humidity and temperature that the flight team uses in their navigation calculations. In fact, accurate weather information is so crucial to flight in all conditions that the meteorologist is often considered part of the avionics team at an airport.

Businesses and agencies often contract with or subscribe to private weather services that offer customized forecasts and analysis as well as extended forecasts more traditional outlets may not venture to share. One company offers to help you plan your outdoor wedding or other special event with detailed forecast information. This may be something best pursued after you have built your reputation as a meteorologist but definitely one to keep in your back pocket for when the time is right.

The “big daddy” of all weather forecasting outlets is the National Oceanographic and Atmospheric Administration, better known as NOAA. When you purchase a weather radio, you are buying one that is connected directly to the National Weather Service (NWS) at NOAA. It is our national weather forecaster, responsible for sending out official watches and warnings for upcoming dangerous conditions like tornadoes, hurricanes, blizzards, and other severe storms so that lives and property may be saved.

The NWS at NOAA employs more meteorologists than any other business or agency in the nation. Along with its headquarters in our nation’s capitol, the service has 122 field offices, 6 regional offices, and various research facilities where more than 3,500 meteorologists are employed.

Specialty areas that might interest forecasters include the National Hurricane Center and the Storm Prediction Center, where major weather events are monitored.

The average NOAA meteorologist earns just over $100,000; however, entry level positions begin at less than $40,000.

The BLS expects careers in the field to increase by nine percent between 2014 and 2024, which is a higher rate than most. States employing the most people in meteorology are California, Colorado, Maryland, Texas, and Massachusetts, with Colorado leading the pack at 1,700 compared to its nearest competitor, California (with 860). Maryland has the highest average pay at $107,090 annually.

Chances are, if you are thinking of being a meteorologist, you are thinking of being attached to a television or radio station, or even a web site. Maybe you want to be an on site storm reporter like Jim Cantore, who has endured the worst of weather for us over the past 25 years. His landmark reporting has included live reports in the midst of Hurricane Katrina, Superstorm Sandy, and this 2011 report of a snowstorm in Chicago that caught him off guard with its thundersnow and lightning.

Maybe you want to be a storm expert, but the nice and safe indoors is more your speed. Model yourself after Dr. Greg Forbes for that gig. You’ll have to start out at a local television station before making it to the big time of The Weather Channel, but you have plenty of time. Dr. Forbes has been the resident severe weather expert there since 1999 and shows no signs of leaving room for a replacement any time soon.

The biggest challenge in weather reporting might be the green screen. You can find bloopers all over YouTube that prove how hard it really is. It even matters what clothes you wear, which makes for the occasional error on St. Patrick’s Day or when wearing a flowered dress with lush, tropical leaves.

If you have been told you have a face better made for radio than television, you can always try finding work at a radio station like Les Nessman did for the fictional WKRP in Cincinnati. These positions are becoming rare, though, as radio stations contract with television outlets like The Weather Channel for their forecasting support, and the on air personality for the hour usually reads the updates for the audience.

Few fields have the many options available that a degree in meteorology opens up to you. If you have an interest in earth sciences, it might be a great way to apply that major. Whether you are helping someone’s game, deciding when to issue a storm warning, or letting your viewers know how to plan their weekends, how much you make with a career as a meteorologist is largely up to you. Whether you are thinking of being a full-time weather forecaster or not, please share your thought on what type of career in the science sounds like the most fun or challenging to you. I look forward to hearing all about it. Thanks for reading!